This area is dedicated to the pioneers who have captive bred crabs, and for those who wish to learn more or attempt it themselves. Also for inquiring about the gender of your crabs.
Post Reply
2 posts • Page 1 of 1

My saltwater dish was looking pretty off-colored which is unusual. Even if there's a bunch of sand in it, it still stays pretty clear. I figured either they dragged in food or a bunch of rollie pollies drowned in it.

Instead, I found lots of dead larvae! I thought they were just eggs at first but I dumped them into a clean container and apparently not. There were hundreds of tiny little sea monkey-looking things.

Do they normally hatch pretty easily and it's just keeping them alive long enough to make it to the shell stage that's hard? And there's no way of telling if they were strawberries or PPs, right?

This was the best pic I could get. Kinda sad but I wouldn't have had the money to try and raise them anyway right now. 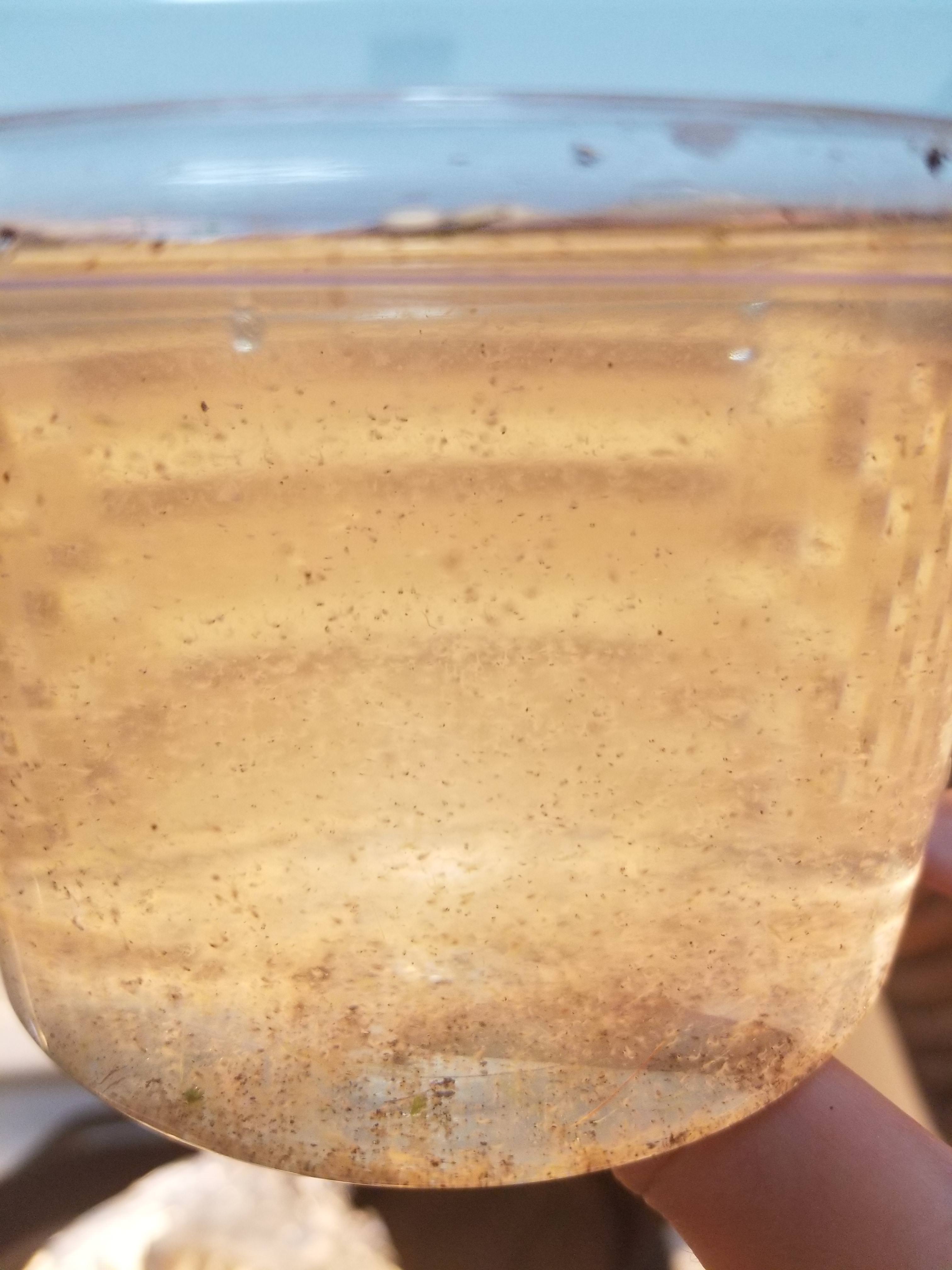 Yep~ that would be zoeae! Congratulations! I’m sorry that they didn’t survive! Last year when I had mine I didn’t know if mine were Es or PPs...

Edit: They emerge from their eggs as soon as the mother releases them into the msw. It’s making sure they have clean water & staying fed that gets difficult.


Sent from my iPhone using Tapatalk
Truly blessed to have incredible creatures, wonderful friends and my amazing family in my life!! I'm very thankful & grateful for all of them! www.thehealthyhermit.com
Top
Post Reply
2 posts • Page 1 of 1