This forum is where you discuss issues relating to molting hermit crabs, including pre- and post-molting issues. If you are having a molting emergency please post in the Emergency Forum.
Post Reply
5 posts • Page 1 of 1

Hermcules has been molting for about a month. Maybe a week ago, on the surface of the substrate I noticed a new hole ~1-2" deep where I could see the top of his shell. I checked the tank camera and he hasn't resurfaced, so I think one of my other crabs dug down and found him. I covered the opening to his tunnel with the large shell I use as a food dish as a bit of protection.

This morning, I noticed my other crab, Snooki, in the hole on top of Hermcules. I pulled her off and couldn't immediately see Hermcules' shell, so I very lightly brushed away a layer of sand to see if he was still there. I found him, and I think he's now upside down with sand packed in and around his shell.

It's hard to tell because he's still pretty well covered, but here are a couple of photos: 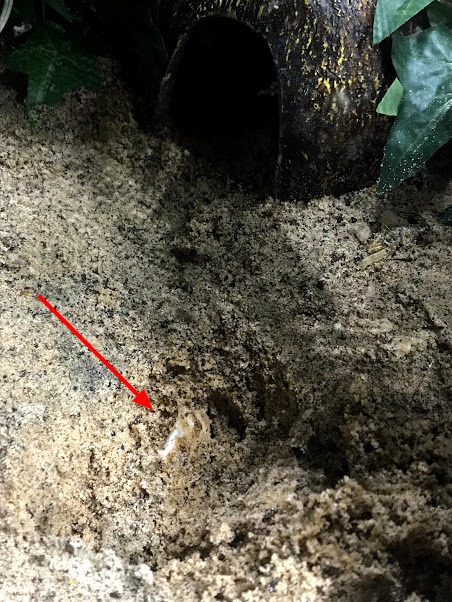 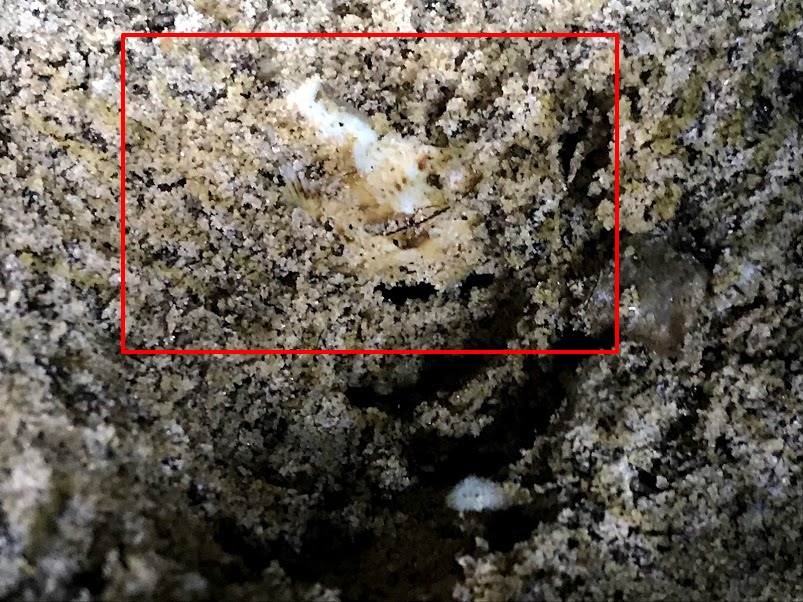 Since he's partially exposed and his tunnel seems somewhat collapsed, should I dig him up and isolate him? I've never isolated a crab before, so any help is greatly appreciated!

FYI: One other crab is down and I don't know where, so isolating Herm by sticking a container down into the sub to surround him might put the other crab in jeopardy. I feel like I may have to gently dig him up and place him in a container of moss, but I'm going to wait for the advice I get here before making any moves.
Top

I would ISO him, if I saw the shell I would ISO as the other crabs will be able to pick up the moulting hormones.

Update: It was an empty shell that didn’t belong to Hermcules! By sheer coincidence, I woke up this morning to find Herm up and about (His little crab ears must’ve been ringing because I’ve been talking about him!). I checked the hole and the shell was still there, so I knew it was the spare that looked just like his. Crisis averted!

John 3:16 "For God so loved the world, he gave his only begotten son that whosoever believeth in him should not perish but have everlasting life"
Top

That is good to hear

Sent from my LGL157BL using Tapatalk

I have owned Hermit Crabs for 2 Years