This is where you discuss shells for your hermit crabs. Not for selling/swapping shells, use Classified Ads for that.
Post Reply
14 posts • Page 1 of 1

So I have three hermit crabs that I’ve had since July. My smallest one, Blue, came in a shell that looked to be about the right sized but he changed into a shell just a bit bigger. His shell, when he’s just walking around goes to right behind his eyes. My middle crab Ruby came in a shell way too big and it covered her eyes but she since changed into a shell with a smaller opening and it goes to same place as Blue’s - when she is just walking around it goes to right behind her eyes. Then there is my biggest crab Thunder. He came in a shell that was way too small. He couldn’t even go inside of it but he since changed into a bigger one. Even though it is much bigger than the old one, it doesn’t look big enough. While the other crabs shell goes to just behind their eyes, his shows the middle section of his body and although he can go into this one, his legs still stick out a bit. I know different crabs prefer different things but is it normal for his shell to not cover the front part of his body? And is it dangerous?

A few things to mention is he also will lay on his shell and climb out as much as he can while still inside and hold onto it, like he was about to get out but never does. Another thing to mention is that I have three crabs and about 30 extra shells in the tank. They are in a shell shop attached to the side of the tank with a piece of cholla and net to get into it. I’ve seen all my crabs up there so I know they can access it. Thunder has been in the shell shop more but leaves less than five minutes later (when I see him). I don’t know if he just likes his smaller shell and I’m overthinking or if something could be wrong. 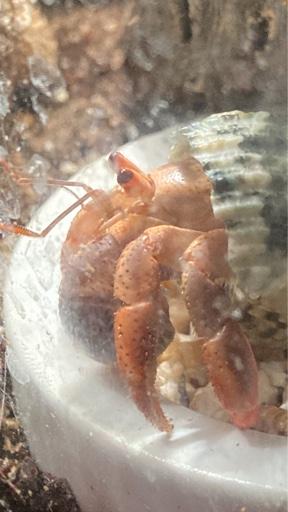 Sorry for the bad picture and it’s usually a tiny bit more than this. And I know it’s hard to see him good because I spilt calcium sand on the glass and don’t want to wipe it off until Ruby is out of molt (she’s right behind dish and I don’t want water to drip on her pile).
New owner of 3 purple pinchers who I love
Top

No, that’s normal. Some crabs just like ‘em snug.

Thank you! I was worried.
New owner of 3 purple pinchers who I love
Top

What a handsome little fella, love his coloring!

I have 3 crabs with great coloring. He’s orange, ones purple, and ones a reddish brown with bright red legs!
New owner of 3 purple pinchers who I love
Top 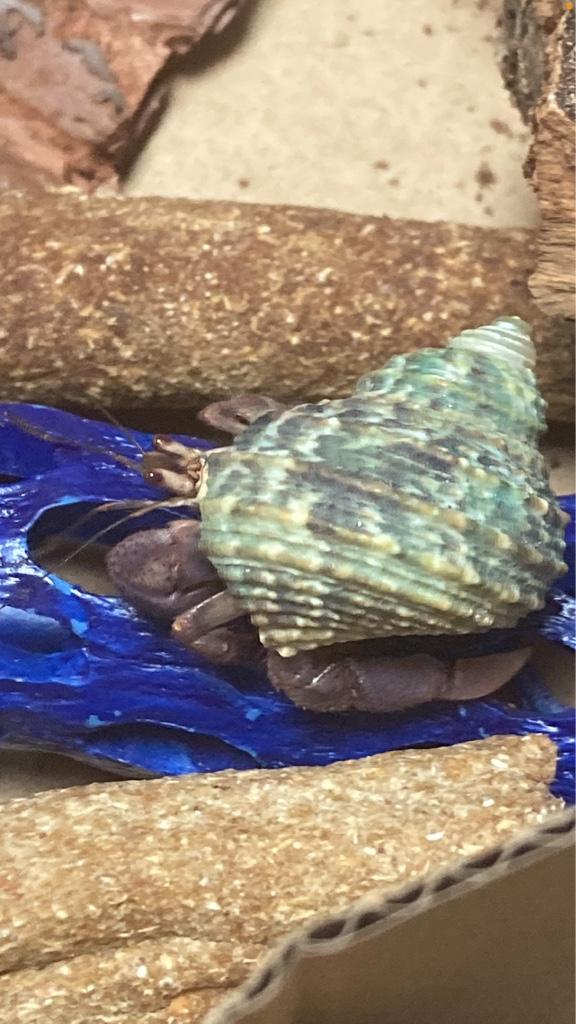 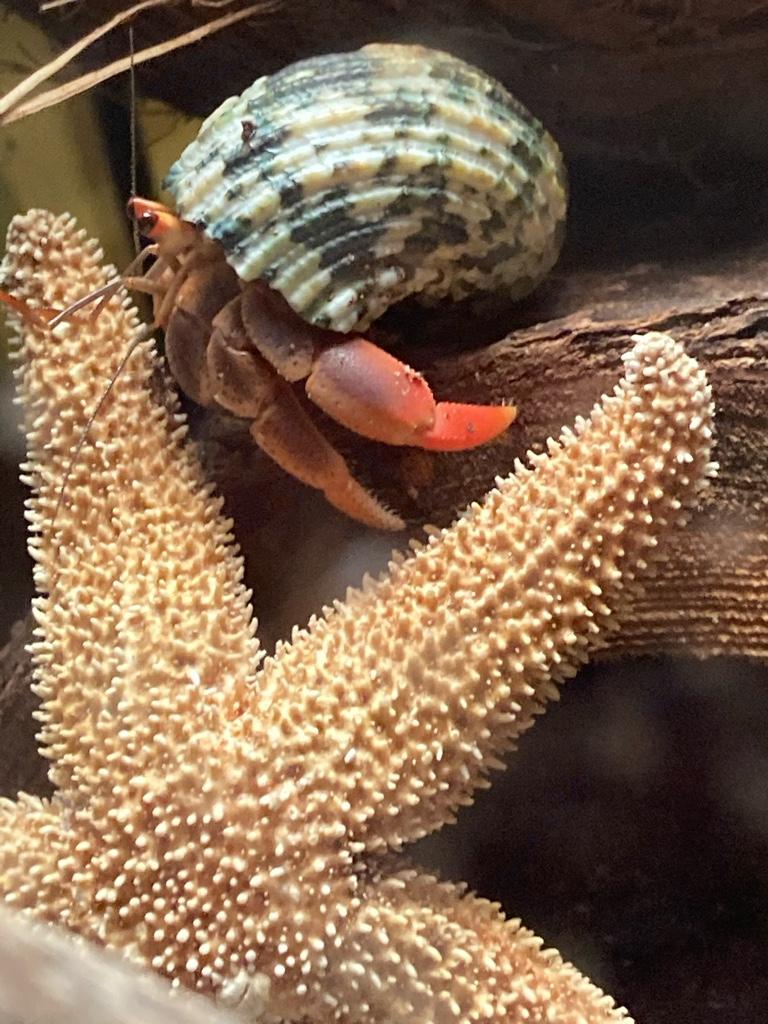 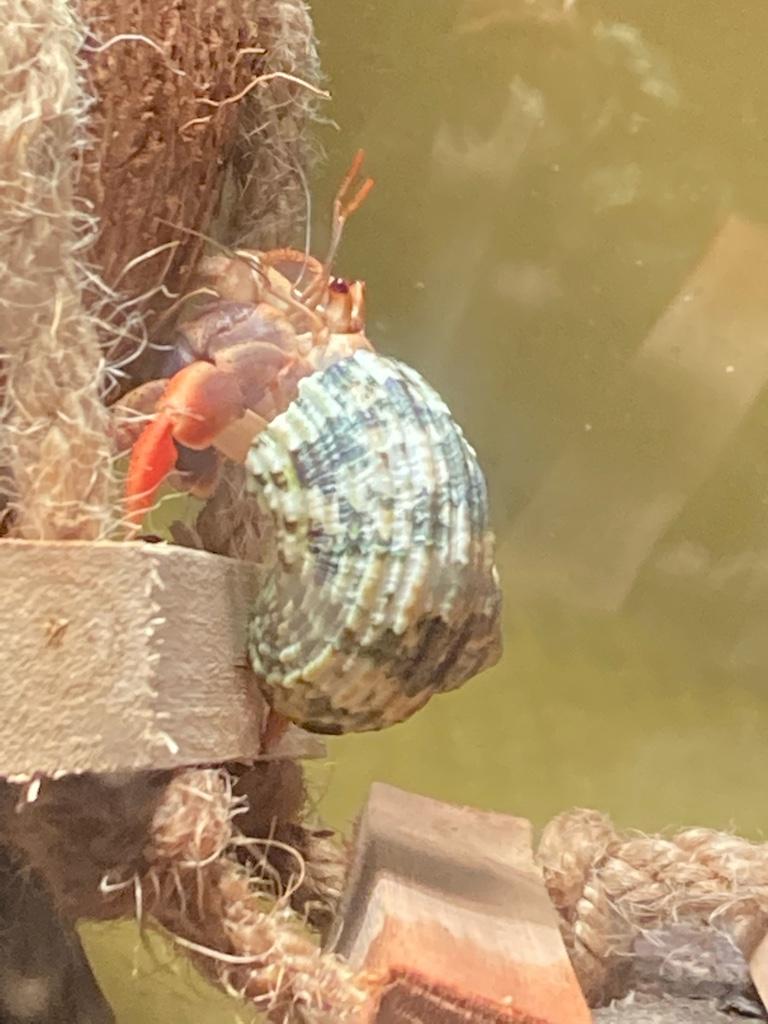 New owner of 3 purple pinchers who I love
Top

Oh wow, they are all beautiful! I’d never be able to tell Thunder and Blue apart...even their shell is the same! Lol

crabbycasey wrote:Oh wow, they are all beautiful! I’d never be able to tell Thunder and Blue apart...even their shell is the same! Lol

When I first got them they couldn’t have been more different but after they each molted, they have about the same color and the exact same shell. The only difference is the size of their big pincher and even that is hard to go by. 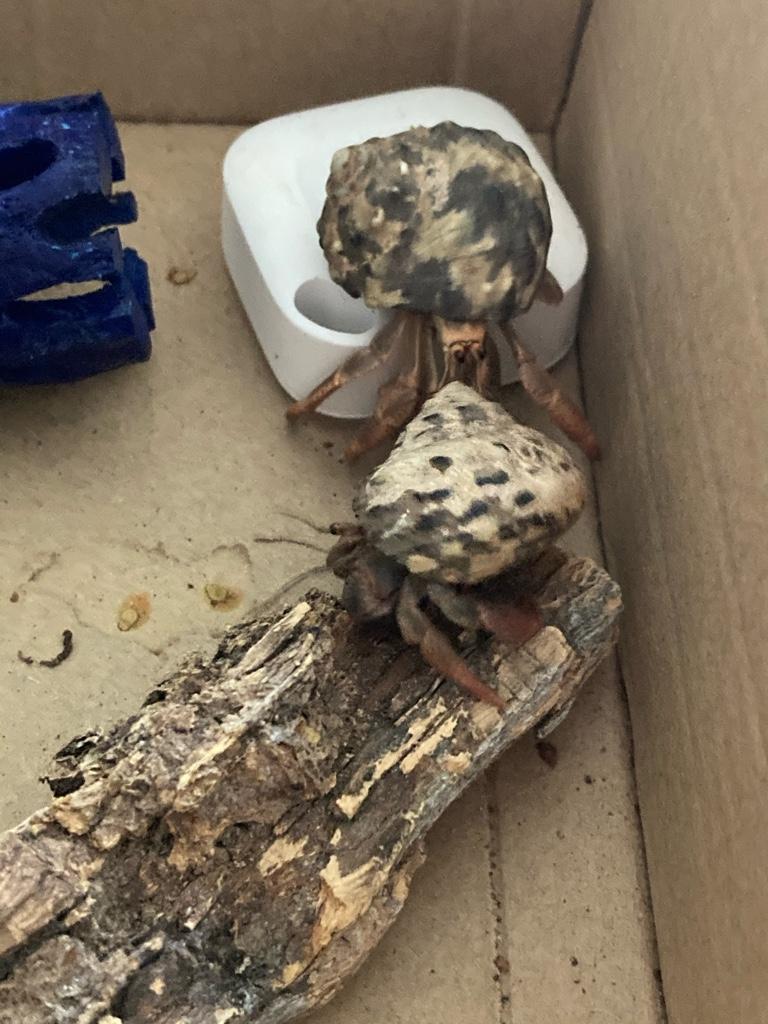 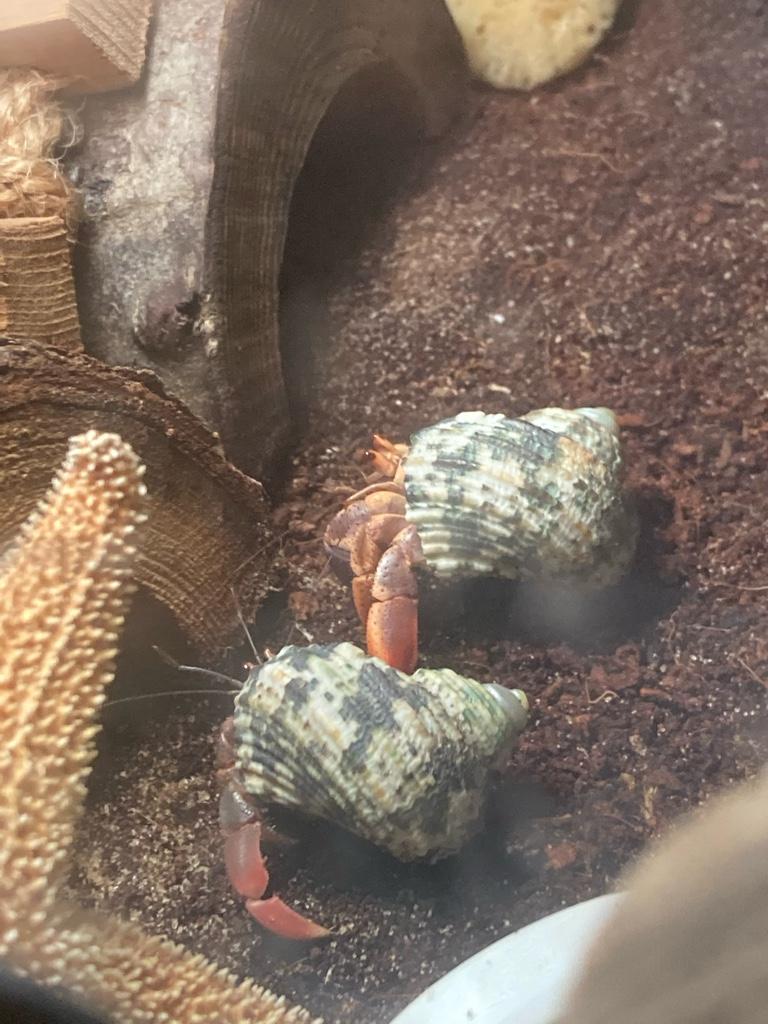 New owner of 3 purple pinchers who I love
Top

So cool how their colors change!

Speaking of that- Mango, Pine, and Koda (the crabs who I've currently been seeing up ) have BRAND new colors after their molt! Mango's a lot more vibrant, so is Pine and Koda has a really dark claw now. SOOOO cool!
Top

Hey Pumpkincrab! Show us pictures! Lol, I’m such a sucker for these cute little things, lol.