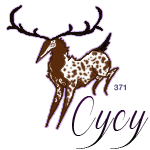 and for anyone wondering, yes you can buy a single shrimp at Win dixie. I got a Jumbo shrimp so it was a whole 30 cents

Salmon and spinach plus their usual homemade dry mix.

Charles Paris made his way over to the fresh food eggshell quickly and nommed the salmon for at least two hours. I had just finished chopping spinach for a veggie-bean soup when I noticed the food dish was unoccupied so I added a few tiny bits of spinach to the salmon. In less than a minute, Charles Paris returned to the eggshell, climbed in, began pinching off teeny bits of the spinach and quickly stuffing them into his face. So cute! Felix, the only other crab up, oddly appears indifferent to the spinach -- foolish fella, passing up all those good vitamins

Went with some of their favorites today! Strawberries and carrots with mealworms for the PPs and Grasshoppers for my Es.

hermilover wrote:Went with some of their favorites today! Strawberries and carrots with mealworms for the PPs and Grasshoppers for my Es.

Are the mealworms and grasshoppers alive?
Top

Nope, they're the freeze dried ones. My Es don't seem to like mealworms but my PPs love them, and my Es love grasshoppers but my PPs don't touch them!

My guys got eggshells, kale, tomato, cucumber, pear, drizzled with honey and sprinkled with the last of their red shrimp. Oh and MOOSE POOP!

MuseCrazy wrote: My guys got eggshells, kale, tomato, cucumber, pear, drizzled with honey and sprinkled with the last of their red shrimp. Oh and MOOSE POOP!

Do your crabs eat the poop??
Top

kadynadair16 wrote: Do your crabs eat the poop??

They sure do!
Top

Pomegranate arils are the hit treat of the day! (This is the first time they've had pomegranate.)

Every time I walk by the tank, there is at least one crab in the fruit dish.
Top

Scrambled egg with the shell, shrimp and spirulina; fresh apple and carrot.

I also just got a bunch of goodies from Alaska Hermit that I can't wait to try out.
Lisa

Mine are having dried foods tonight and their favorite.....Red worms! Handed one to MegaTron my big pp and he reached right out for it. Took him a while to get to eating them alive, but now he is really aggressive when I put one near him.
Happy owner of 10 pp's, 7 E's, 2 straws, 1 ruggie, 2 viola's, 2 dogs, to many kids to count and one awesome hubby
Top
Post Reply
118 posts