All my danger noodles.

For discussion and photos of all of the non-hermit crab pets we hold dear, including other crab species.
Post Reply
9 posts • Page 1 of 1

All my danger noodles.

Thought I'd take a moment and introduce all my danger noodles.

Figured I would put this in a separate thread since I know we have a few snake-phobic members. These guys are all harmless and mostly friendly though!

Stanley is my first snake and is a total snot. He is a Florida Kingsnake and we'll have had him for 4 years in March and we think he is around 7 years old. He had been traded a lot and his origins are unknown, and we got him from my friend's pet shop when she started downsizing her breeding projects. Kings are known for being food crazed and he can be a bit dangerous while in his tank or if there is food involved, but otherwise he is extremely inquisitive and friendly. He is the only one I will let out to roam while cleaning and he gets into everything, the rest of the time he lives in a 55 gallon. He is pushing 6 feet in length but I haven't measured him lately.

Perry and Alex are 11 year old ball python brothers we adopted a year ago from a young lady who was enlisting. I think things had gotten tough for her, when we got them they both had either heat burns or bacterial infections on their stomachs. (Presentation is the same, redness and peeling scales.) It took a few months to get them patched up but they are both healthy eating machines. The funny thing is we had looked at them in the shop at the same time we had been considering Stan! They live in separate 75 gallons and are about 4 feet long.

Alex is the very shy one. He went over 4 months without eating, which is somewhat common for this species, but now knocks back every meal.

Perry is the bold one who constantly has to be watching everything. His name is short for periscope!

Sage is an Arizona Mountain King with a genetic metabolic bone disease, something similar to Charcot's. His spine is both softening in places and fusing in others. My friend took him in a few years ago when he was skeleton thin and nursed him back, thinking he was just a bad eater. He seemed good enough to rehome last year and when we would stop in the shop he was always out cruising and I fell in love. He started having eating issues again once home and we got him into the vet and found out what was really going on. We aren't sure how much time he has left, but he is on pain meds and still has a heck of an appetite, though he has to eat multiple smaller things because his mouth and throat isn't working right anymore. He is a little under 4 feet long.

Ember is a Lava Corn Snake, a six year old retired breeder because she laid dud eggs for three years straight. Hubby and I had been talking about getting another snake last spring and she came across my FB newsfeed from a snake group I was in. She is the only animal I have ever mail ordered, and I sort of regret it. The breeder and I have very different definitions of "pet quality" and "handleable", it is obvious she lived those five years in a shoebox never being handled other than for cleaning and feeding. She is more comfortable with a snake hook than a hand, but we are working on it slowly. She's gotten to the point where she comes over to get my attention when she starts getting hungry! I had to shove her 55 gallon in a cubby though because open space freaks her out. She is huge, probably as long as Stan but twice the weight.

Indy is a baby Eastern Milk Snake we collected on Independence Day last summer. We were getting fountain pops when the wife of my hubby's best friend called and said they had an aggressive snake in the garage that kept charging them, and her husband was freaking out because he didn't like snakes. She sent a pic and I thought we would be walking into a full grown ticked off female and rushed over to intervene and remove it. It turned out to be an 8 inch baby in a cup, we just about died laughing! Since I knew they had been a little rough containing it we decided to hang onto it for a couple of weeks just to make sure nothing was broken and it could eat okay. He did so well in captivity and their survival rates in the wild at that size are so low I couldn't let him go. (We can legally collect and keep in Ohio with a permit.) He has about doubled in mass and put on a few inches since we got him, and is in a locking 20 gallon.

And since all of my snakes have been trying to bite me lately (I have no idea why, it's something with just me), when the shop got in some baby sand boas - which I have always wanted - I had to have the girl. We've had her for a several months but I still don't have a name. She is constantly hidden, as sand boas do, but she can't/won't bite when handled which is so nice! They also feel incredible, since they have scales built for burrowing. She is also probably only 9 inches or so and will end up being only around 2 feet when grown. Her 10 gallon is temporary until we move one of the geckos, and then she gets a slate bottomed 15 which should last her a while.

Sent from my SM-G955U using Tapatalk
Want to see all my crazy pets? @waywardwaifs on Instagram
Top 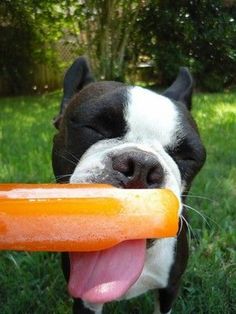 All of your snakes are so beautiful, Wode! Ember, Stanley and your new baby boa are my favourites.

The sand boa is so pretty! She looks like a little leopard.

I've never been overly fond of snakes, probably due to the occasional one in my basement, but they are gorgeous and amazing creatures.

Aww, all your danger noodles are soo cute! I love your pics, they all look very happy and healthy.

I found Indy dead yesterday. He somehow got his head stuck between the lid and the track (sliding lid) and hung himself. I'm still kind of in shock. No one has ever heard of this happening before, and he's been in that cage for a year and has never tried anything like it. It's some sort of seriously freak accident. I'm not even sure when it happened, but I know it wasn't because of me as I always check before, during, and after opening/closing the lid. He somehow did it to himself. I can't even.

Given that the sand boa has been nothing but fussy for nearly a year and that it is a baby as well (Nessie Noodle escaped last year somehow and got caught by my cats, she was also a baby) I am giving him back to the pet store so they can rehome him. I'm absolutely paranoid something horrible will happen to him as well. Getting him back to my friend at the shop and having her find him a great home will be a load off my shoulders, especially with everything else going on recently.

No more babies for me. I'm sticking to rescues only!! Preferably only special needs.

Bye my poor little Indy-indy.
Want to see all my crazy pets? @waywardwaifs on Instagram
Top

I'm so sorry Wode. I know that had to have been heartbreaking to find him like that. Hugs!
Truly blessed to have incredible creatures, wonderful friends and my amazing family in my life!! I'm very thankful & grateful for all of them! www.thehealthyhermit.com
Top
Post Reply
9 posts • Page 1 of 1

Return to “Our Other Pets”