by wodesorel
I did one for my snakes, and I covered the amphibians in a previous post. These are my heckin' gecks.

They are Leopard Geckos unless otherwise specified!

Blaze is our first gecko, an African Fat-Tailed, adopted from Herps Alive at a local event. His previous owner surrendered him after not being able to feed him, and he was like a skeleton! He had just started gaining weight when he dropped his tail at the rescue for no reason. I adopted a skeleton with a bloody bum.

It was an interesting learning experience watching him heal, and he is now a big lazy blob! 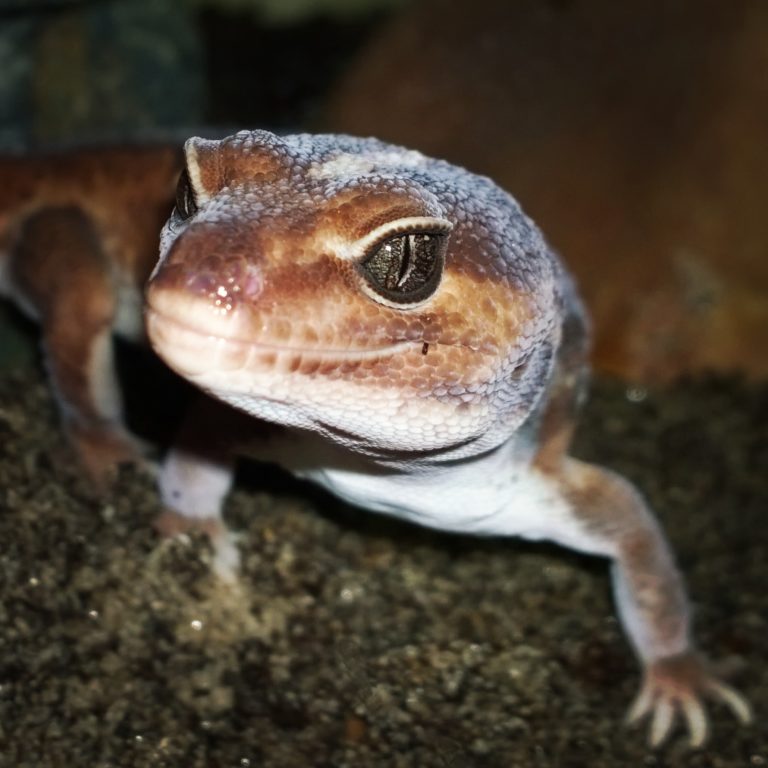 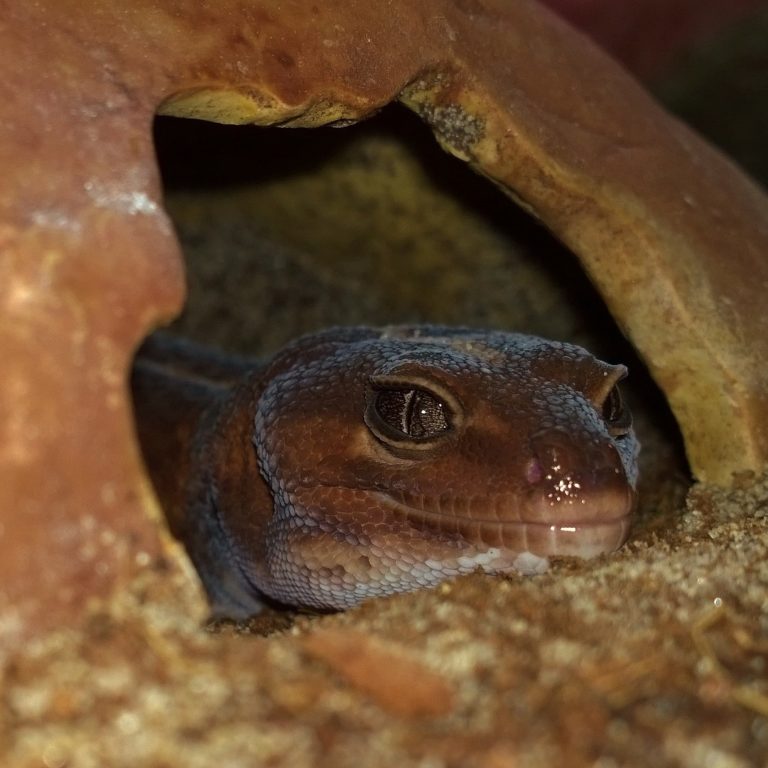 Belle and Butler came from an ad on Facebook. Their previous owner actually posted pictures of their filthy disgusting tank filled with feces and a floor covered in rotting insects. I had to scrape together the cash and talk her down a bit, but I was able to bring them home in a couple of weeks. Both had the start of MBD and Belle was popping out eggs at under a year old which is not healthy. She had also lost all of her toes from not having a moist hide. Both made perfect recoveries! 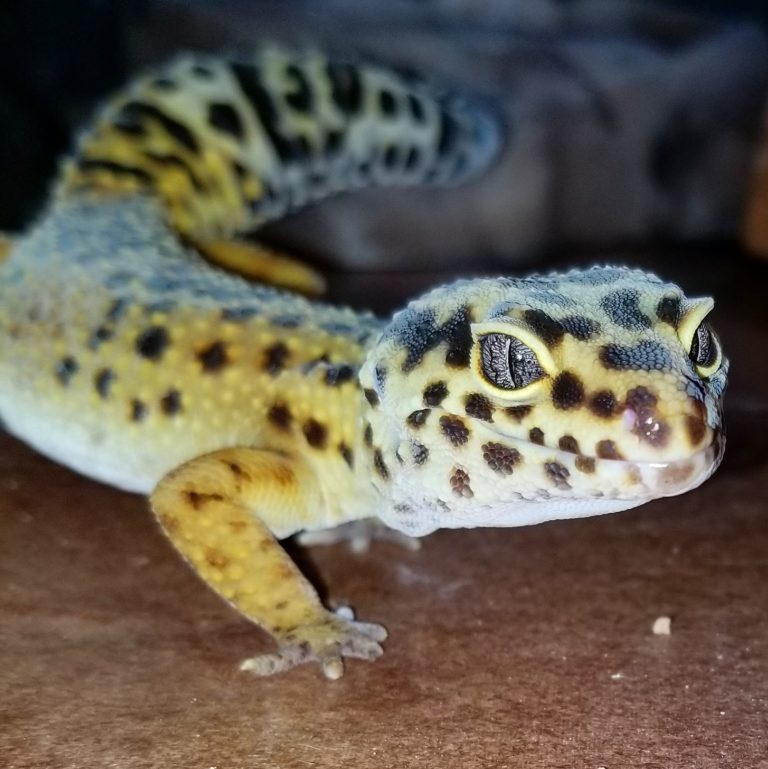 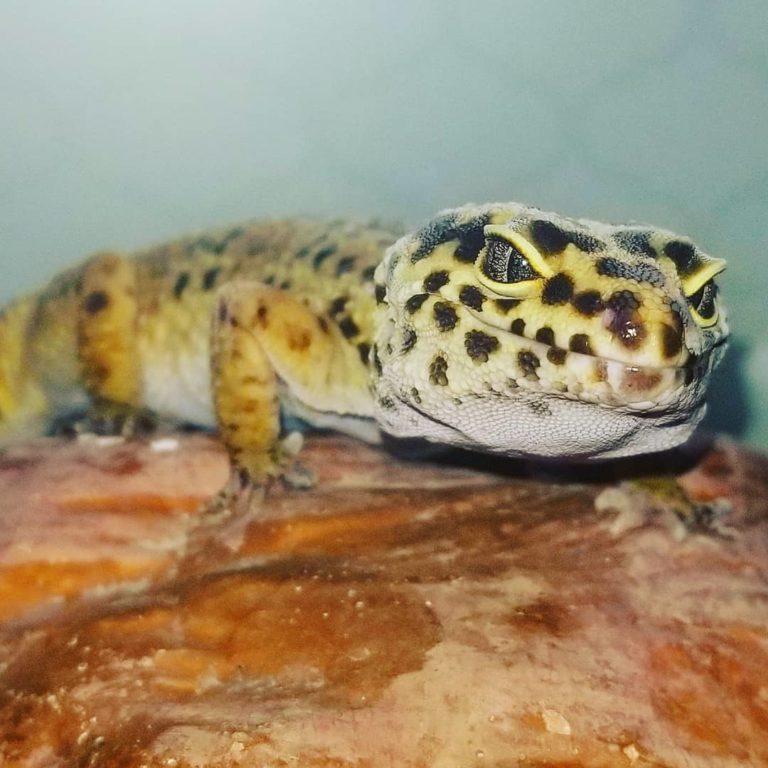 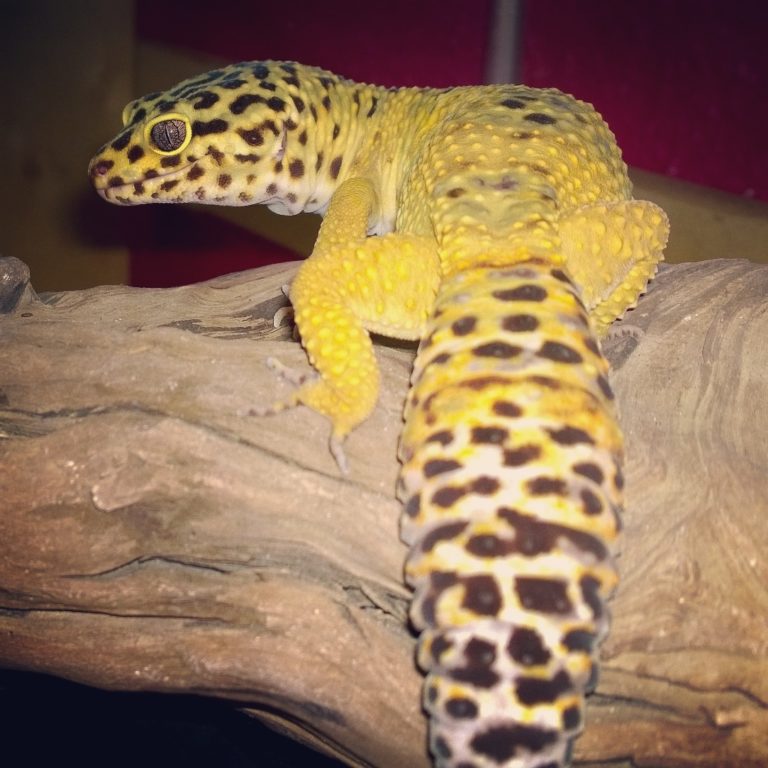 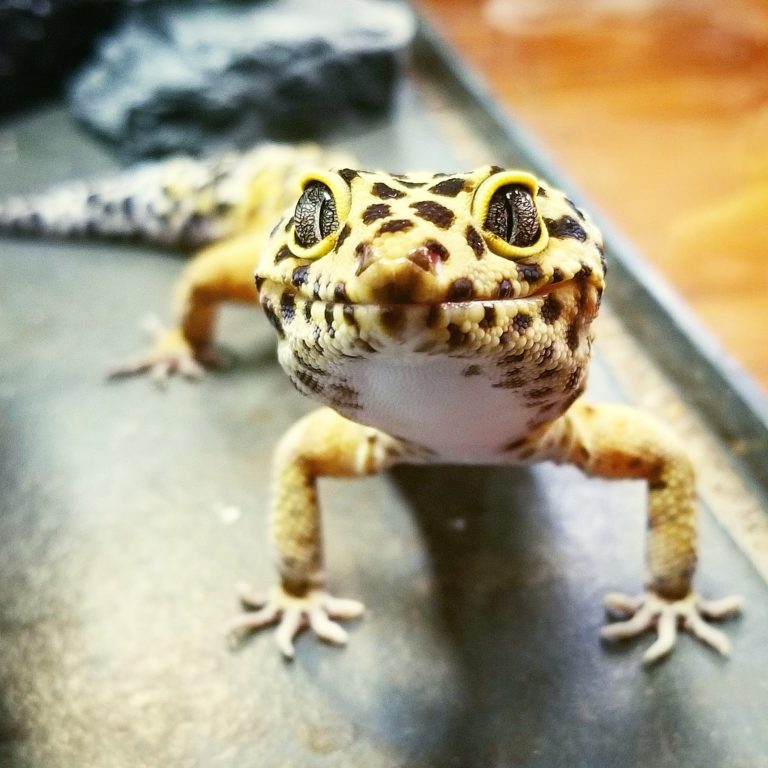 Bennet was the one good egg Belle laid after getting her home. I didn't think any of the six would hatch, but she did! She is a little spitfire. 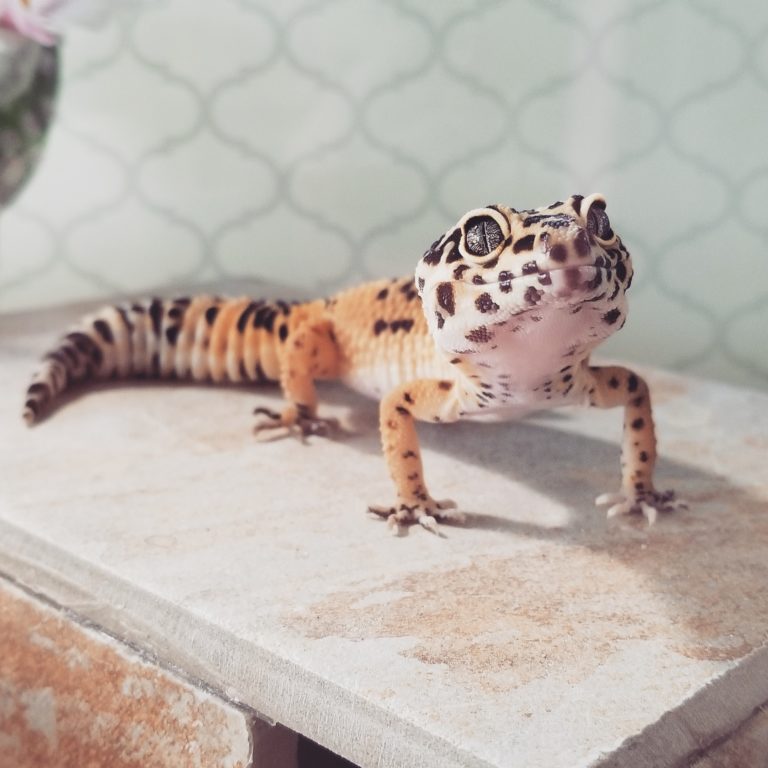 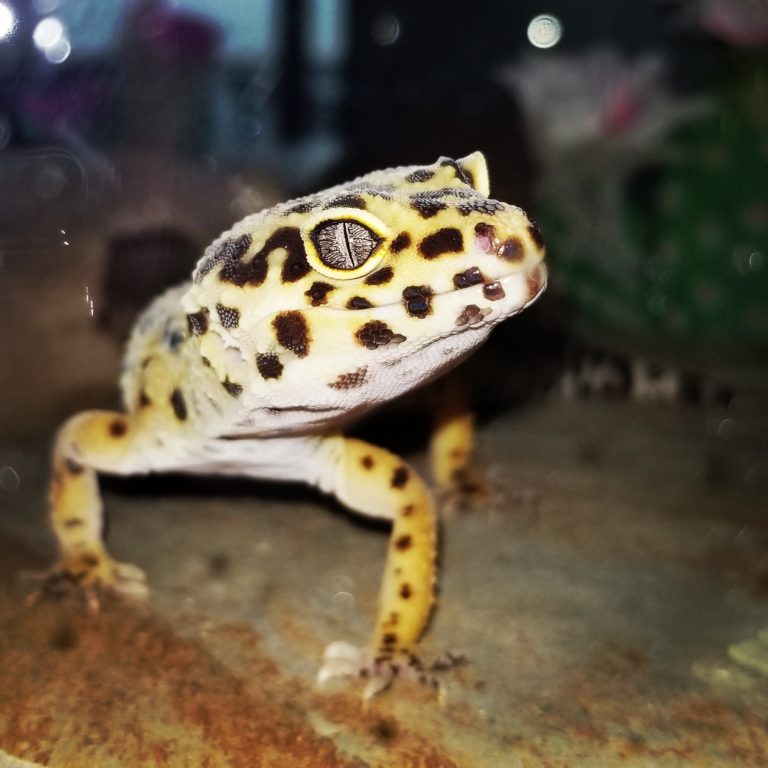 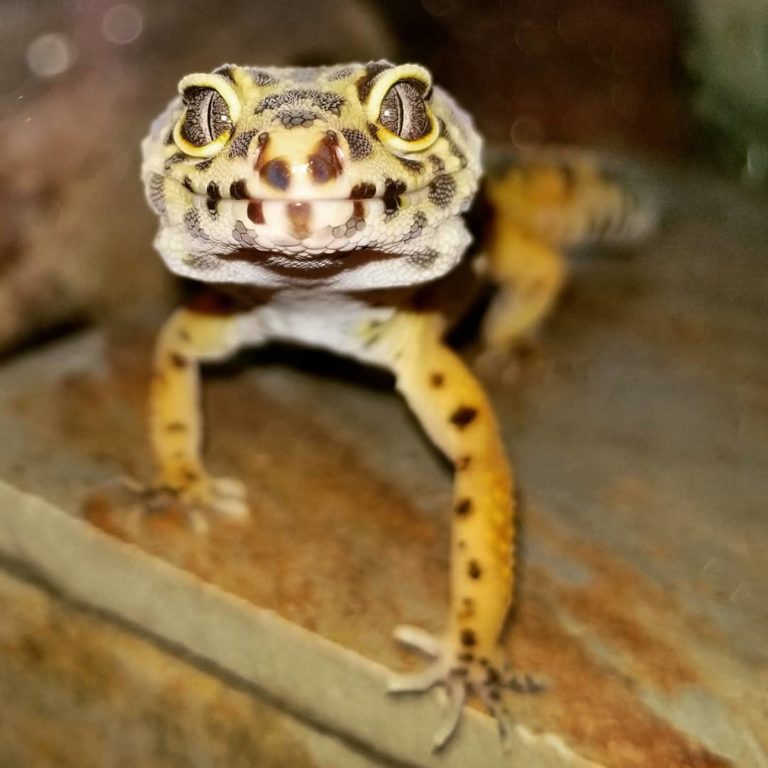 Cher and Doug (female) are also Belle and Butler's daughters, and are clutchmates. Rogue (male) hatched two months after. A friend asked if I would consider some ethical breeding as she knew people who wanted basic geckos with a history of a good home. Unfortunately, only three out of 12 eggs hatched and um... I couldn't part with them once they were large enough! Given the poor survival rate of the eggs, I gave up on the breeding idea. 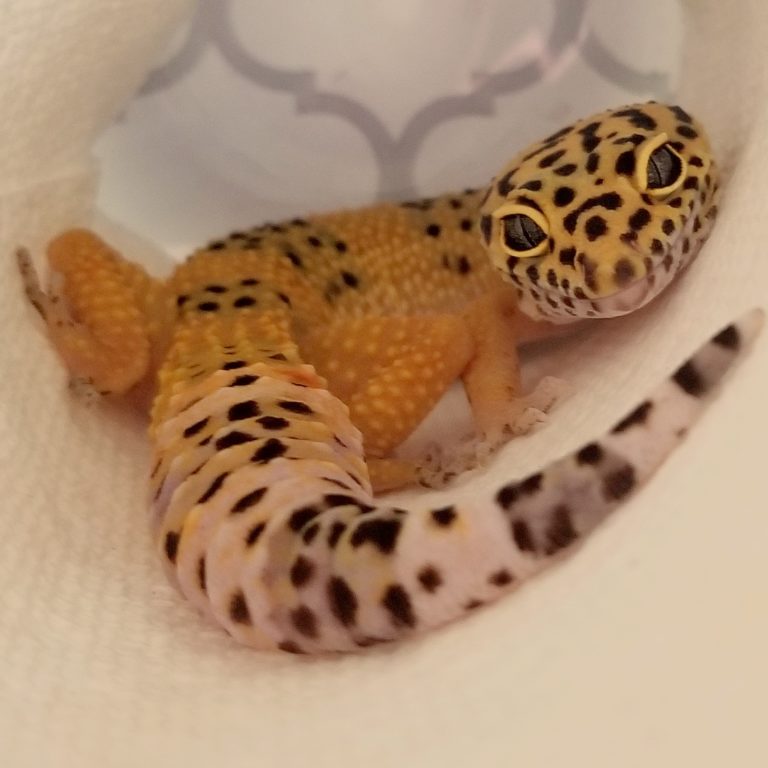 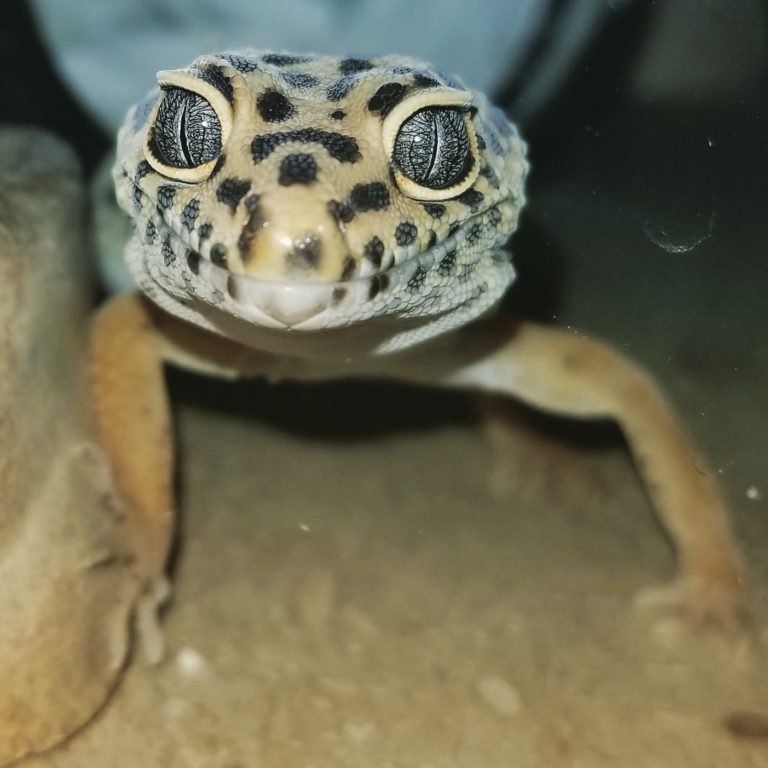 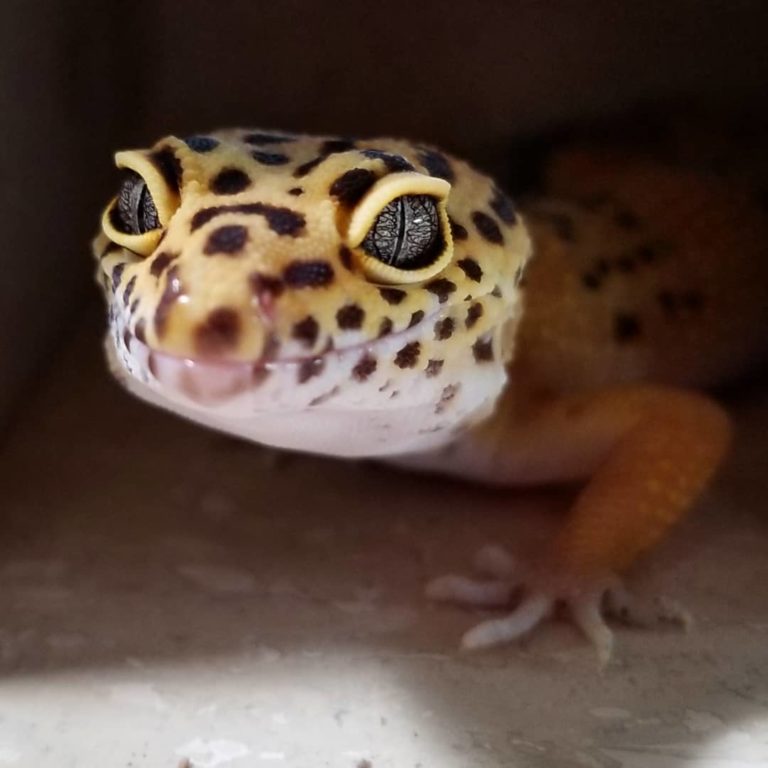 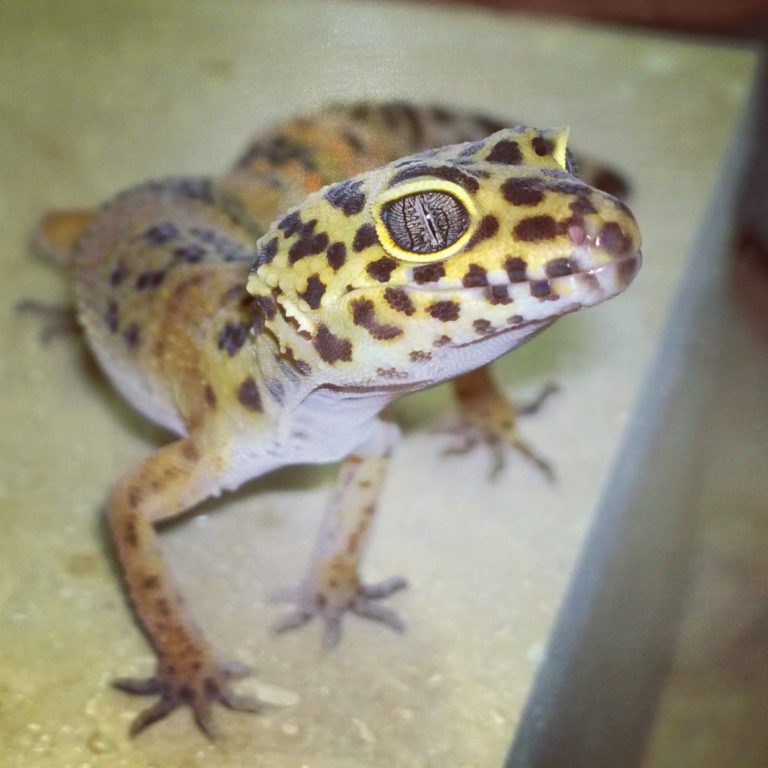 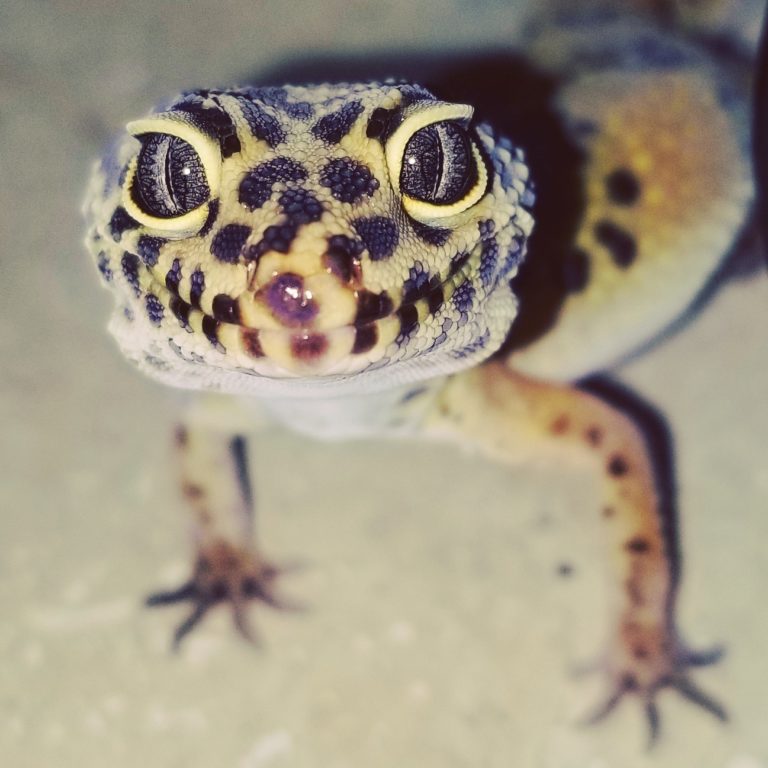 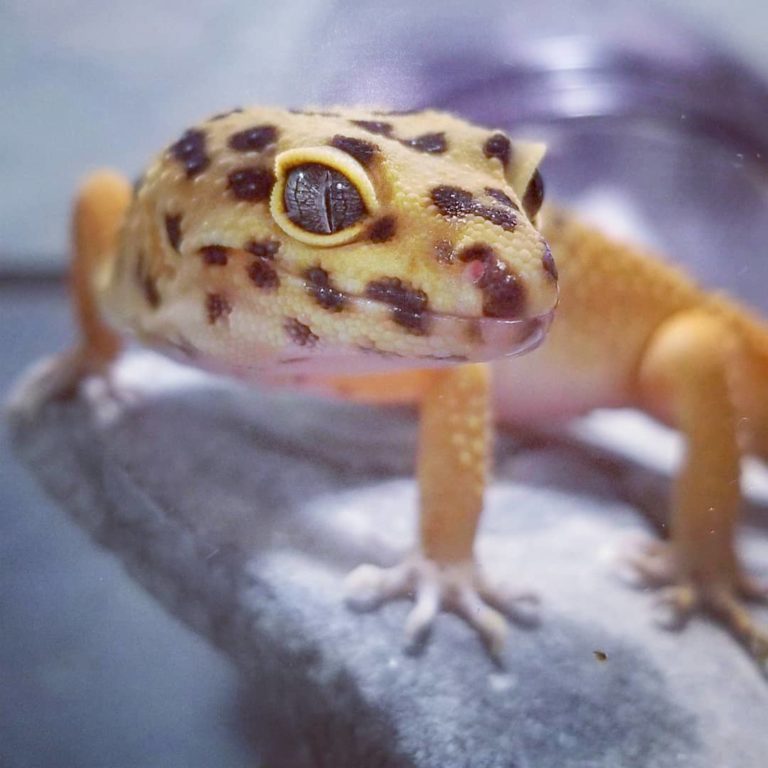 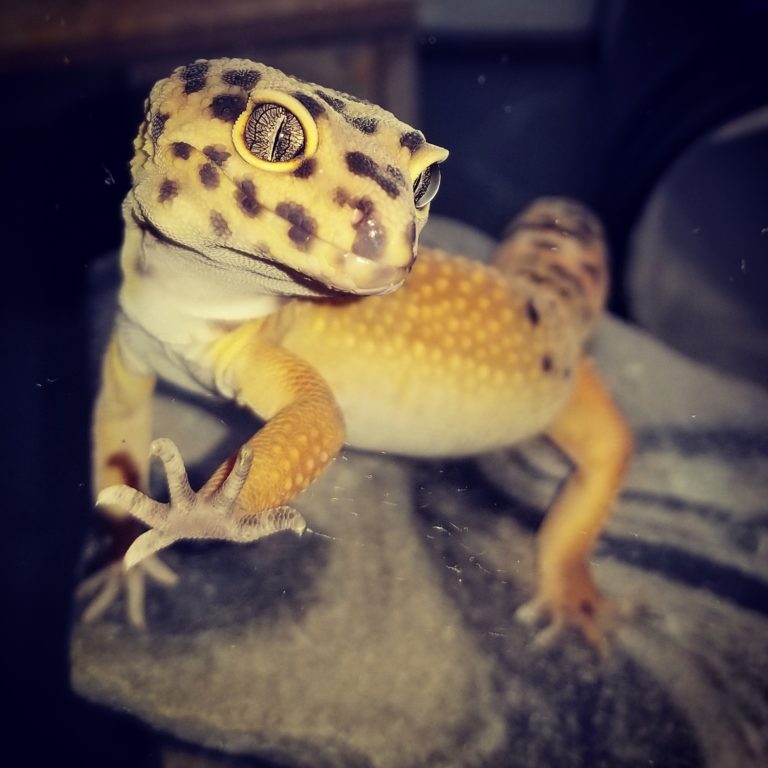 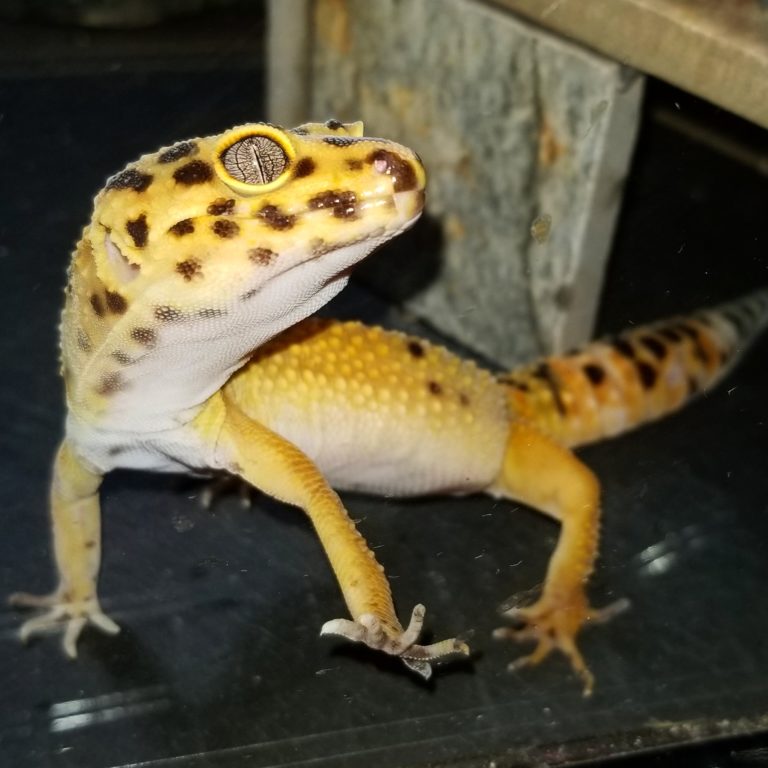 The Kid I stumbled over while looking for hermit crab tanks at Christmas. The moment I saw photos of him and his two tankmates I got sick, they had severely advanced metabolic bone disease, with broken limbs and severe starvation. I started talking with the woman who had them, and after some back and forth she was happy to have us come and get them for free. Her daughter had abandoned the geckos and a dog months before and ran off to another state. She and her husband were older and disabled and did what they could, taking (horribly bad) advice from Pets Supplies Plus once they realized something was wrong with them. We lost both tankmates that came with him within the first few days, but even though he was like rubber, he made a slow recovery with pain medication and syringe feeding for over two months. When we took him later to a reptile vet with several decades of experience, he said I did an excellent job with getting him back on his feet, as most geckos who got to that point ended up with broken jaws due to the recovery process, and that even though he looks funny he should feel fine and his life should not otherwise be impacted. That made me so happy! He is my special buddy. 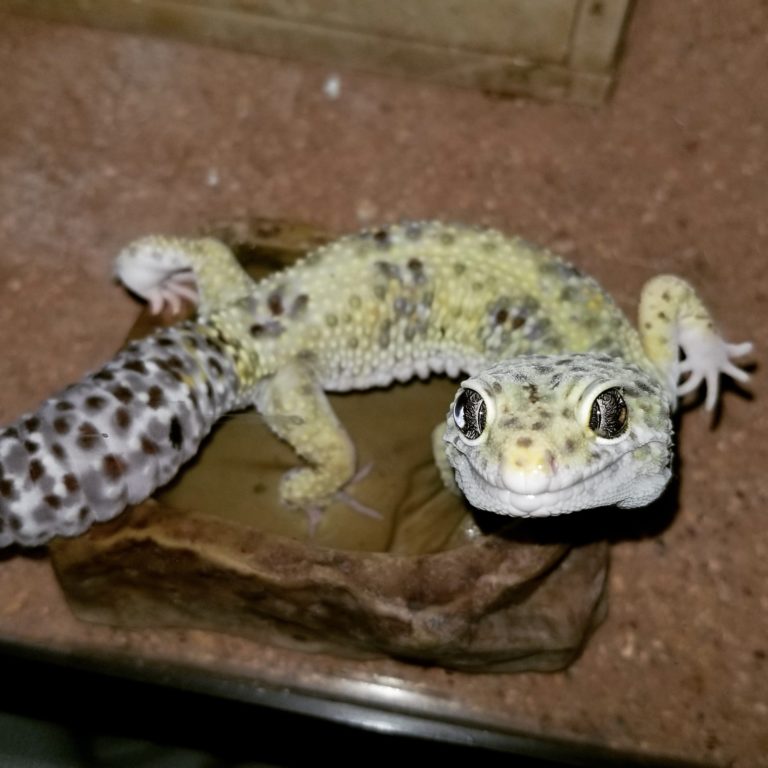 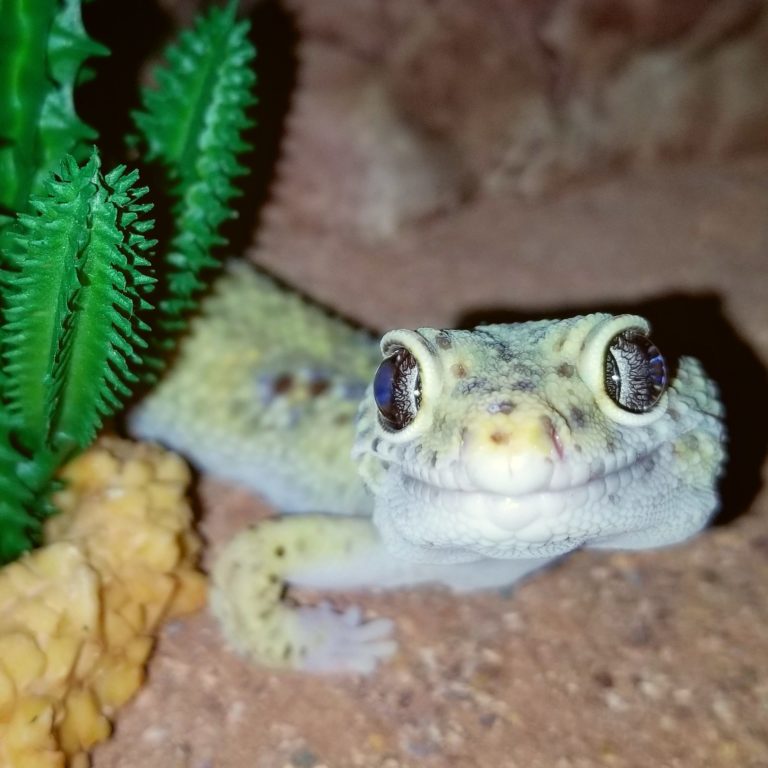 Taiga was another Facebook posting, this time the previous owners said she had a "birth defect". It wasn't, it was (thankfully) old MBD damage. The photo posted of her tank had over a month's worth of poop piled in a corner and no moist hide. We paid too much and had to drive an hour and a half, but my awesome husband was all for it. I call her my little T-Rex. 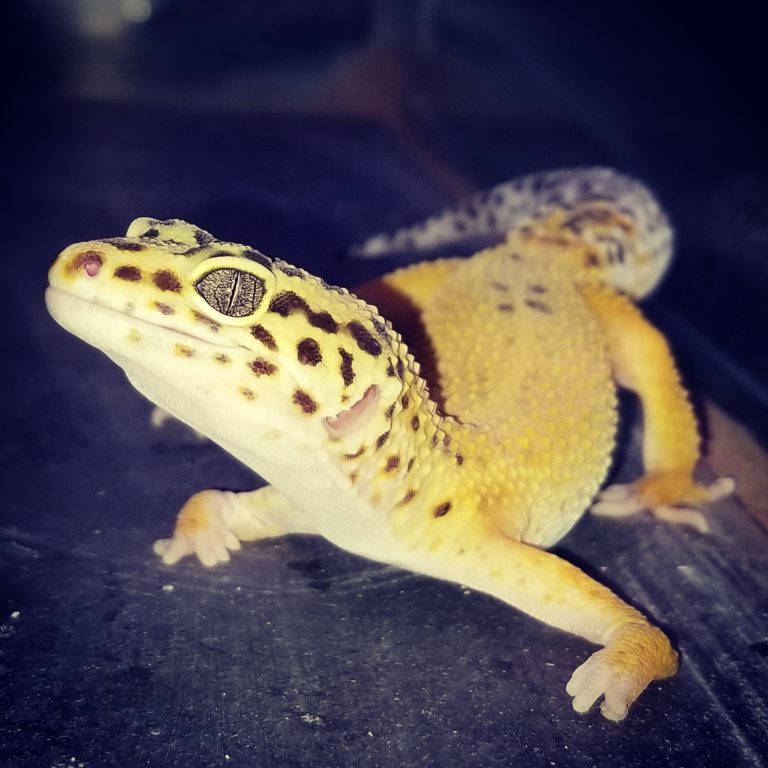 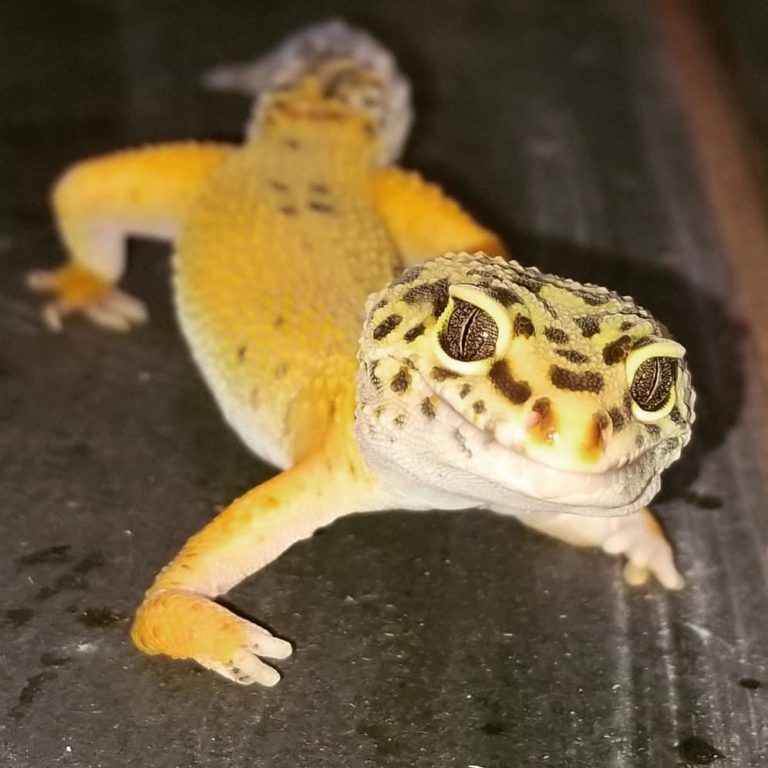 Lily and Tex came together. I had actually seen them on craigslist but the posting asked so much for them there was no way I could have done anything. A few days later their owners contacted the shelter where my hubby worked and asked where they could surrender them. With permission, we went and picked them up. Once again, the daughter had abandoned them at home when she got married. They both had suffered at least two rounds of Metabolic Bone Disease by the multiple layers of damage done, and it was active when we got them. They had been bred for years in that condition as the daughter had liked selling babies. 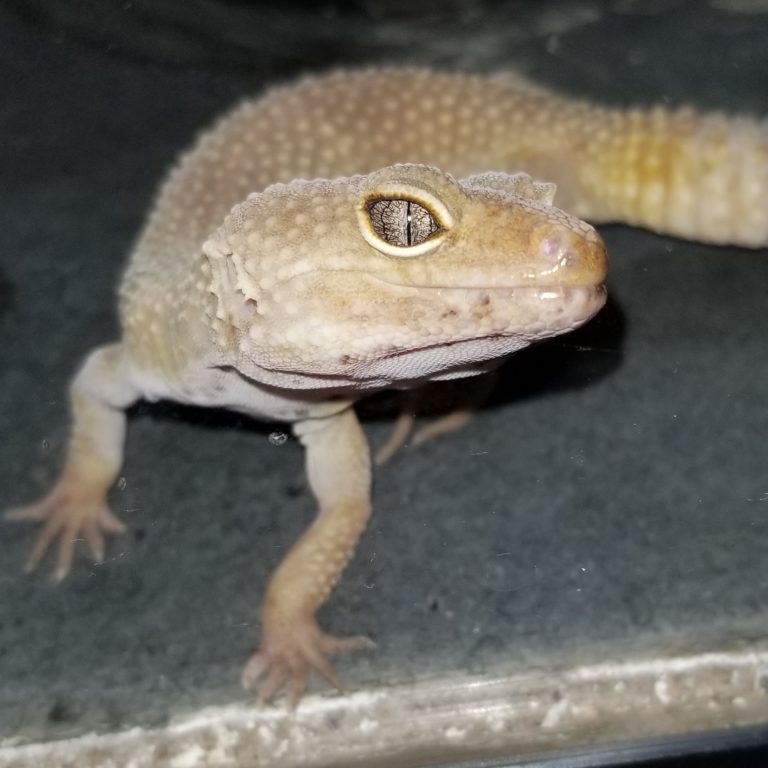 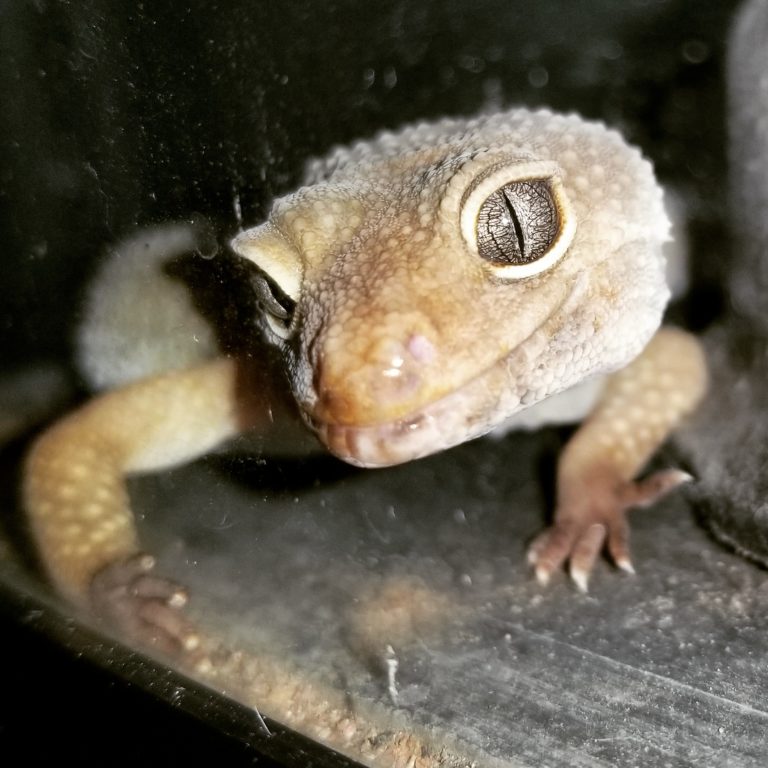 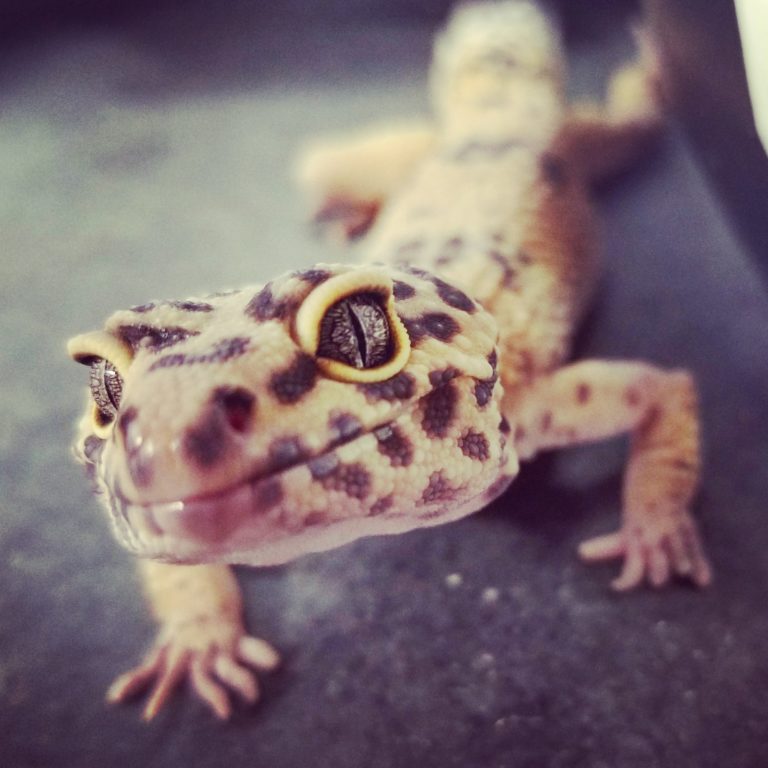 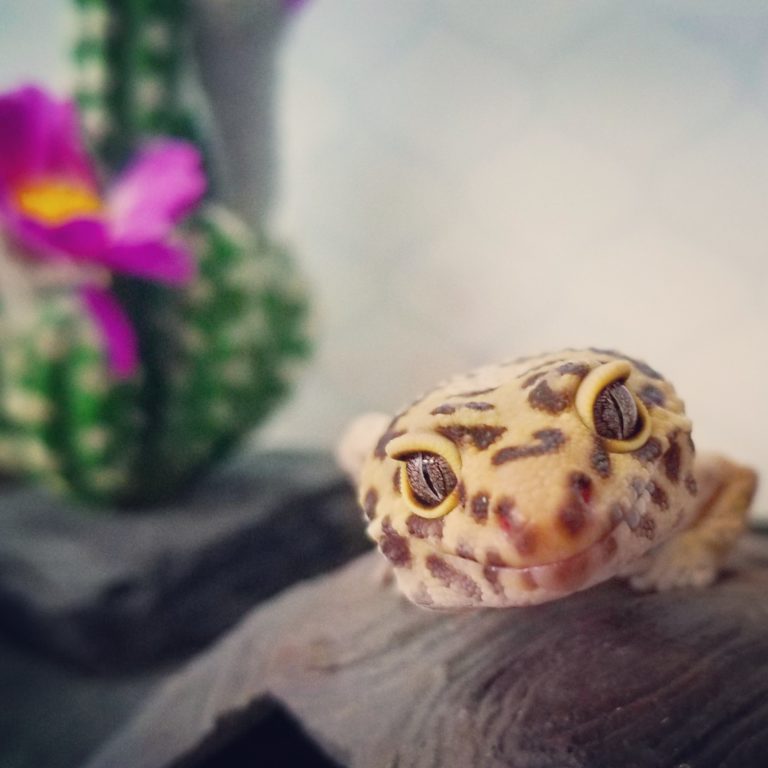 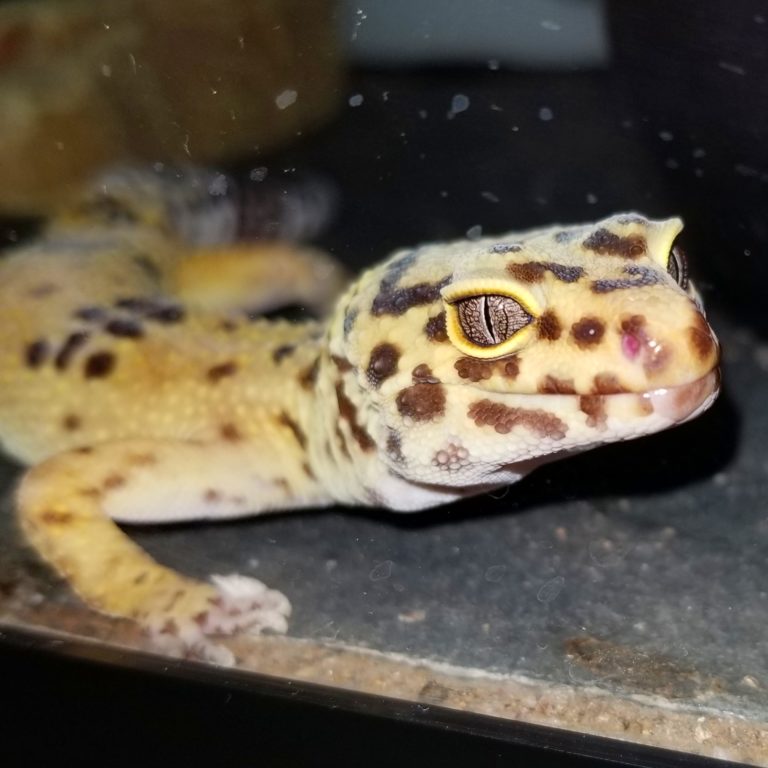 Coprolite is my only Crested Gecko. He was also adopted from Herps Alive at a different event. He had been found on a Cleveland sidewalk!! The person who found him had him for a few months but couldn't keep him. He has an awesomely outgoing personality, isn't afraid of the cats or being handled, and desperately wants to go on walkabout again.

He lives in my bedroom because of temperature, so I get to spend the most time with him. 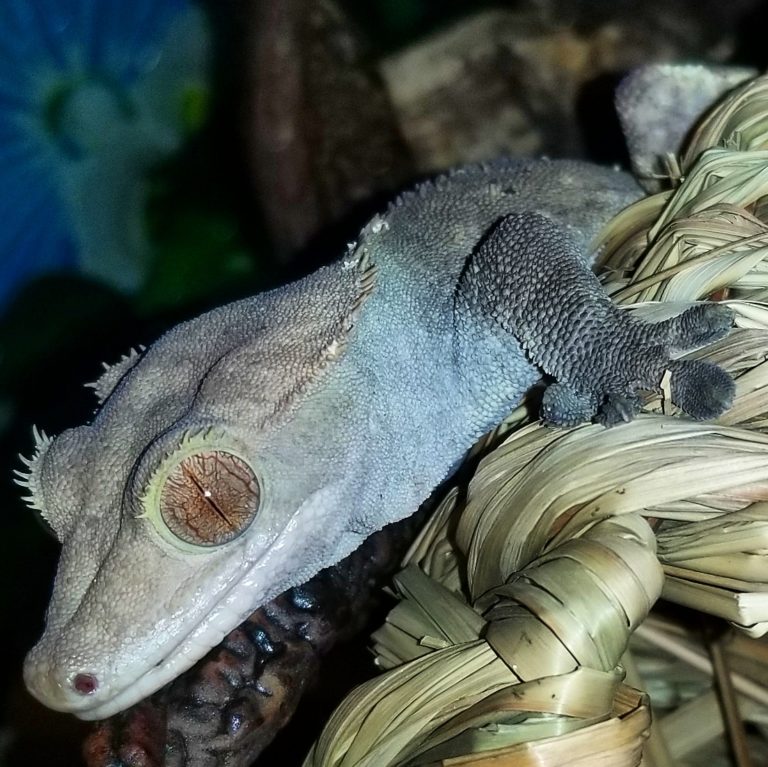 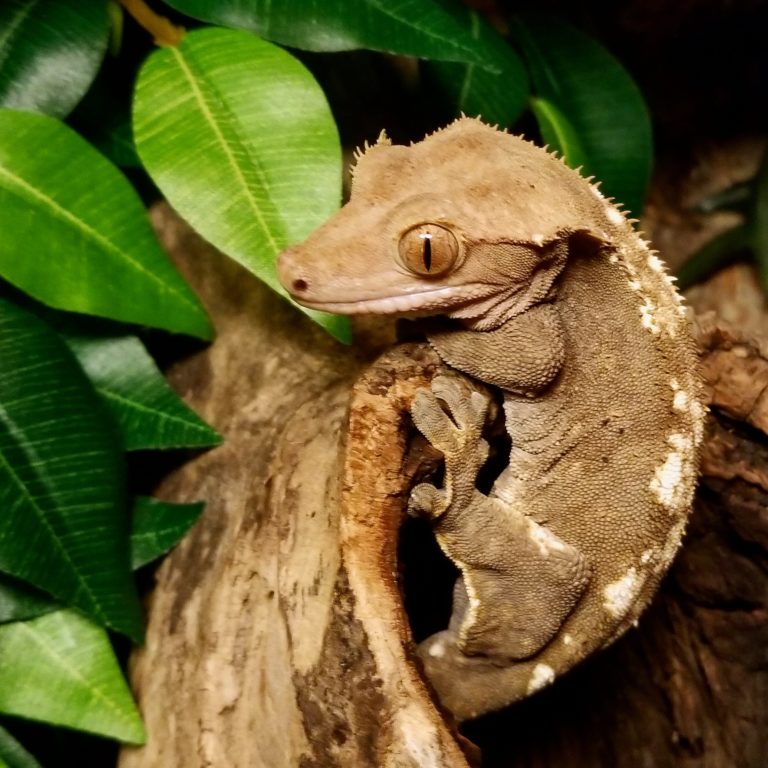 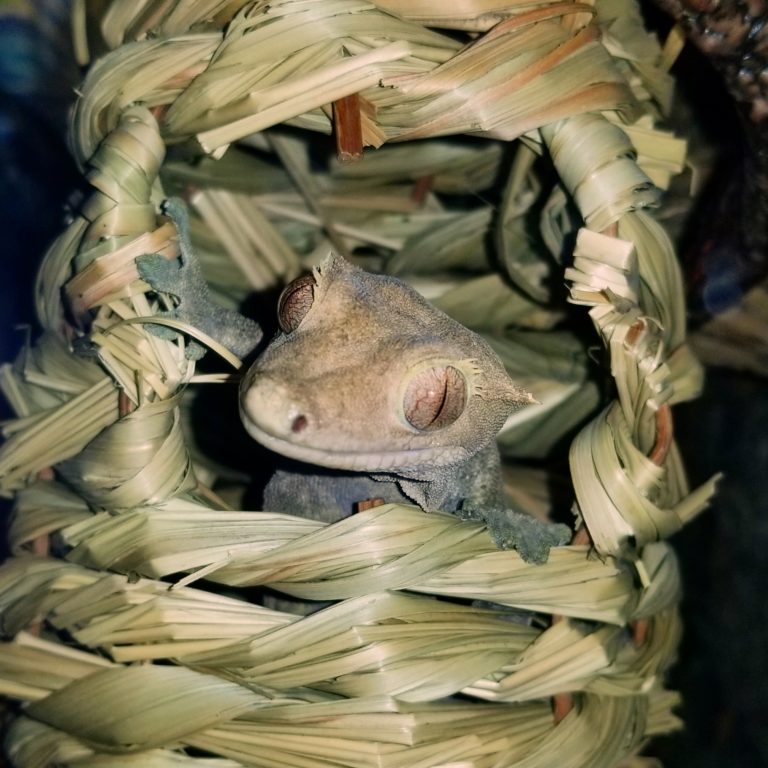 GiGi is a golden gecko, and it's a species I do not recommend. She was being sold on Facebook for chump change and I felt bad for her! She is very much a frantic, wild animal who has never become comfortable around humans. I gave her a big planted tank and just leave her be and sometimes see a tail.

I keep an eye out for others being rehomed or needing to be rescued because I think she would do well with a tankmate, but I refuse to buy more as they are wild-caught. 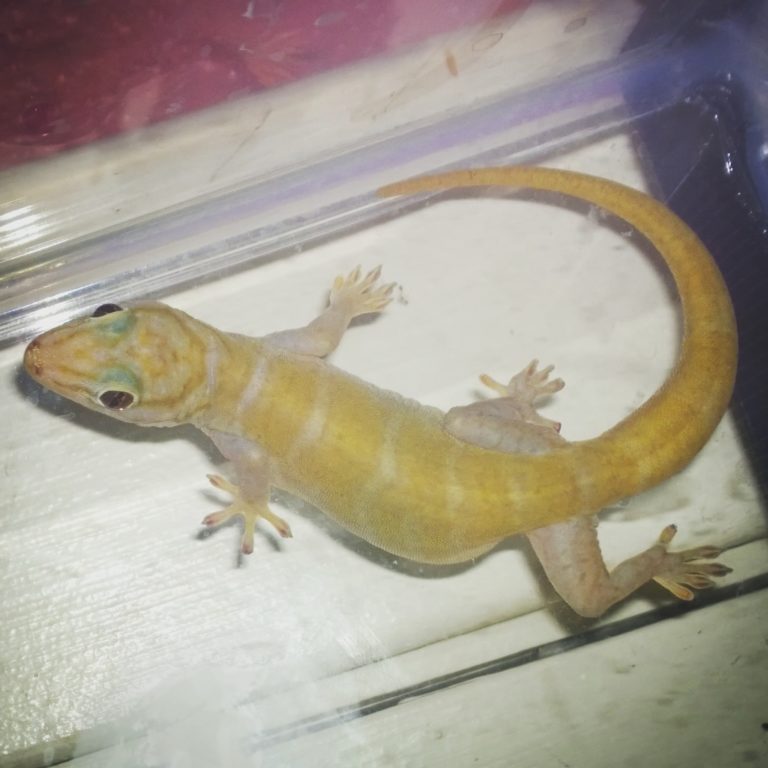 by Moonlightdreams
I love all of your critters! Even the scorpions.

Leopard geckos are so cute! An online friend of mine has a gecko, I think, but I don't remember what kind. I bet she would squeal over your pictures, I know I do.

They always look so curious, and they have such cute little smiles.

I look forward to your Instagram posts every day!

by GotButterflies
Love, Love, LOVE your pictures and your stories! You have earned so much respect from me because of all you do for the animals!!! I am so thankful that all of them have you (and your hubby)!!!

by jclee
I love all of your adoption stories, and congratulate you for taking such good care of reptiles in need. This is Roadtrip, so named for the distance that we drove to pick him up, after learning that he needed rehoming via Craigslist.