For any and all questions about feeding, diet and different foods. Questions and posts about purchasing from stores should be made in the Shopping section.
Post Reply
3 posts • Page 1 of 1

Our little babies are doing really well. We finally have all three of them up at night and they seem to be getting along nicely. It is SO cute to watch Tommy and Cute Face go nose to nose and wiggle their little antenae at each other. It's like little old women stopping to gossip. My favourite part is when they're both on the wheel and can't agree which direction to go so they have to antennae wiggle talk it out. Ha! They're too funny.

Jeff isn't as sociable, but he doesn't seem to bother the other two and he is out scuttling around more than when they're down. Maybe I'm projecting, but they seem so lonely when there's only one up.

Since they're all up and, I assume, just finished molt and need their nutrition I got brave and threw in some chicken bones last night. I've read somewhere that marrow is nutritionally dense and it's on the approved list. I broke the bones open, added it in, and went to bed. The little ones apparently loved it.

I woke up this morning and there were pieces of chicken bone all over the tank. The bowl I used was empty. There were bones in the sand, in empty shells, in the chia bowl, and one piece that I found hidden under the hamster wheel. They seem to have picked off most of the meat, but not all because they are small and it was too much. Bonus:When I was searching for bones I found the coconut chunk they hid last week. I'm still not sure where the boiled egg ever went to.

My question.. It was cooked chicken so I'm not worried about salmonella or whatever in the tank, but is that going to "turn" if I don't get it all out? I really don't want rotting meat making them sick or stinking up my room.

How detrimental is it that they hide their food and I can't find it? Is it worth disturbing them to dig for it? They're cute as buttons but not very friendly, so I try really hard not to bother them. You can see their tank is kind of crowded so I'd have to take a lot out and bother them a lot to dig through it. 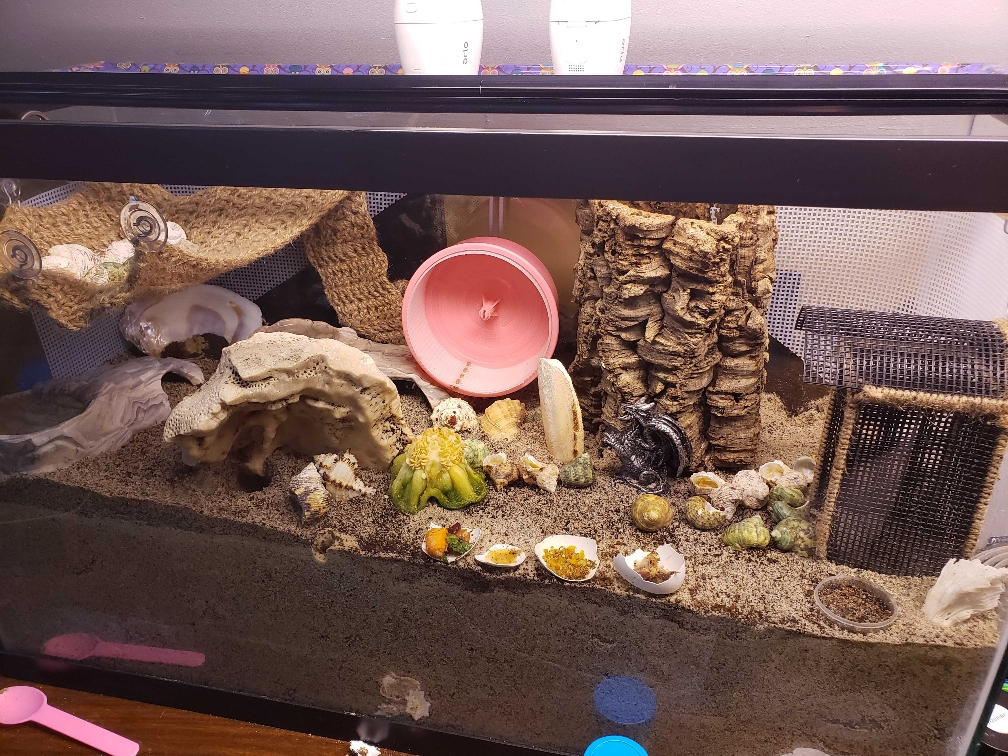 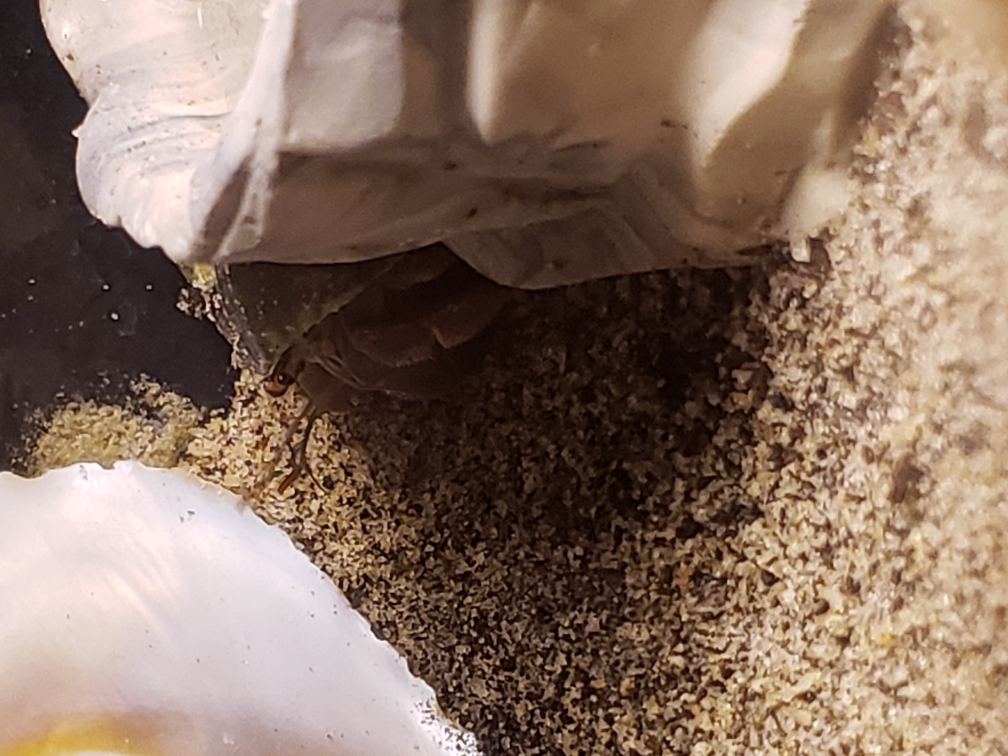 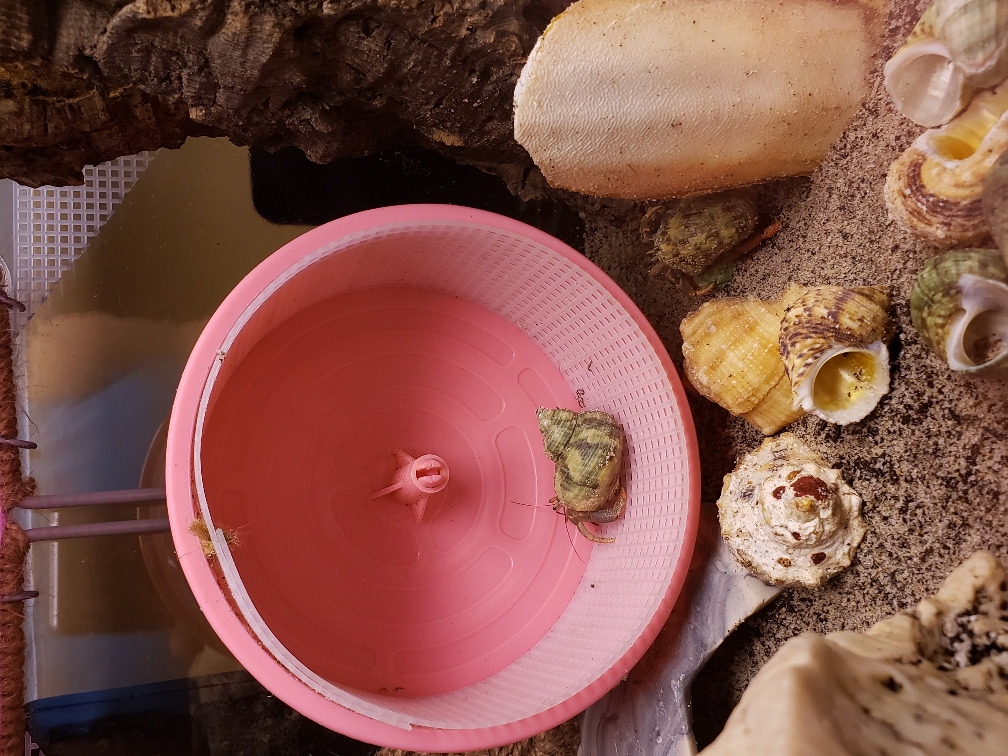 Sent from my SM-N960U using Tapatalk

Great tank! Even cooked food will turn. But don't dig around for it if there are any crabs buried.
raising son's dog, Dante. Husky/hound.
Raising daughter's hermit crabs, Shelder, Paras and Derek. Added 2 more of my own (of course) Pete and Stryper. Former mommy to 2 guinea pigs and beloved cat, Nissi
Top

Hermiesguardian wrote:Great tank! Even cooked food will turn. But don't dig around for it if there are any crabs buried.

They bury every day, but they were up last night so I don't think they're molting. I'l hunt for it after work today. Thanks!

Sent from my SM-N960U using Tapatalk